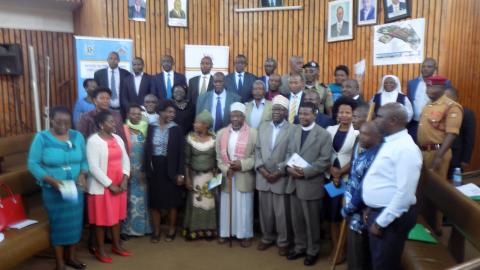 The Office of the President under the Directorate for Ethics and Integrity has launched the Runyankore-Rukiga simplified translation of Anti-corruption laws and citizens handbook on anti-corruption in Mbarara district. The launch of the two publications which marked another step in the fight against corruption was launched at the district council hall on November 14, 2019 and was presided over by Mbarara Resident District Commissioner, Lt. Col. James Mwesigye, who represented, Rev. Fr. Simon Lokodo, the minister of state for Ethics and Integrity. The launched Runyankore-Rukiga publications include; a simplified version of anti-corruption laws which contains the anti-corruption Act, the whistleblowers protection Act and the access to information Act.