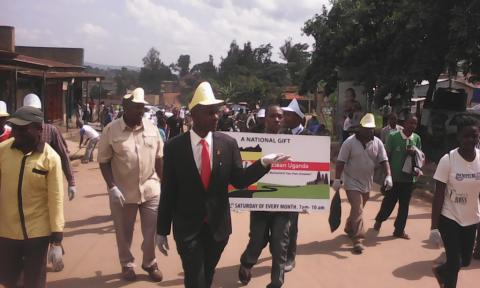 The campaign launch started with general cleaning of various roads in Nyamityobora and Kakoba divisions Mbarara municipality and planting of trees at Kakoba Muslim Primary School.

Mayor Kakyebezi urged the people of Mbarara to be very serious and plant as many trees as they can starting with schools so as to be able to provide enough shelter, good aeration as well as city beautification. He appealed to the public to take responsibility in the better management of the planted trees to avoid wasting pubic resources. The mayor emphasized that polythene bags and plastic bottles should be collected in an
orderly system so that people can earn income from waste recycling.

The Principal Medical Officer Mbarara Municipality Dr John Tinkasiimire said that the cleaned areas were prepared in conjunction with LC leaders who will help to form task forces who will be mandated to ensure regular monitoring for steady sustainability and maintenance of the campaign.

He stressed that to achieve this, there will be need to conduct continuous sensitization
programs to change their mindset of people more especially transforming from the bad practices to better ones.

The Environment Officer Mbarara Municipality Herbert Tumwebaze said every division has been given two hundred tree seedlings for planting starting with schools to create conducive school environment as start of greening the urban environment in mitigation of climate change.

During the cleaning exercise, some of the shops and hotels in Kijjungu and Kisenyi were ordered to close the business after they were found operating in and around too much garbage in front of their operating stations that were stinking. 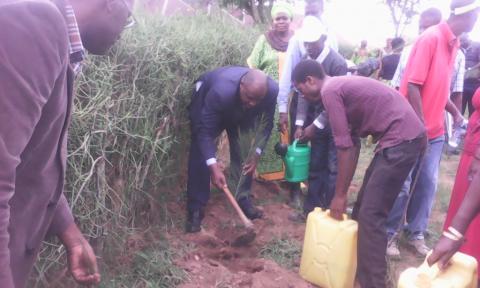